Childhood Friend of the Zenith Chapter 0

Chapter 0 - Prologue
Posted by Forsaken, ? Views, Released on October 31, 2022
All Chapter
Next
Options

The Heavenly Demon has perished and the seemingly eternal 『Orthodox-Demonic War』 ended alongside their death.

People across the world celebrated the end of the Demonic Cult, excited for the new age of peace that would surely follow suit.

However, it was not only the feeling of relief and peace that was left in the wake of the war.

Not only two sects from the Ten Sect Alliance, who were ardent supporters of Orthodox Faction were burned to ashes, one of the Four Noble Clans collapsed altogether.

Not only a myriad of martial artists met their demise, even the Heavenly Venerables died at the hands of the Heavenly Demon.

Even though the war ended in victory with the Heavenly Demon’s fall and end of the Demonic Cult, nothing could change the fact that the battle incurred numerous scars.

So much was lost.

It was impossible to measure how long it would take to restore the glory of the past.

Even though the land was dyed in a shade of stygian darkness with ashes, leaving nothing but despair. 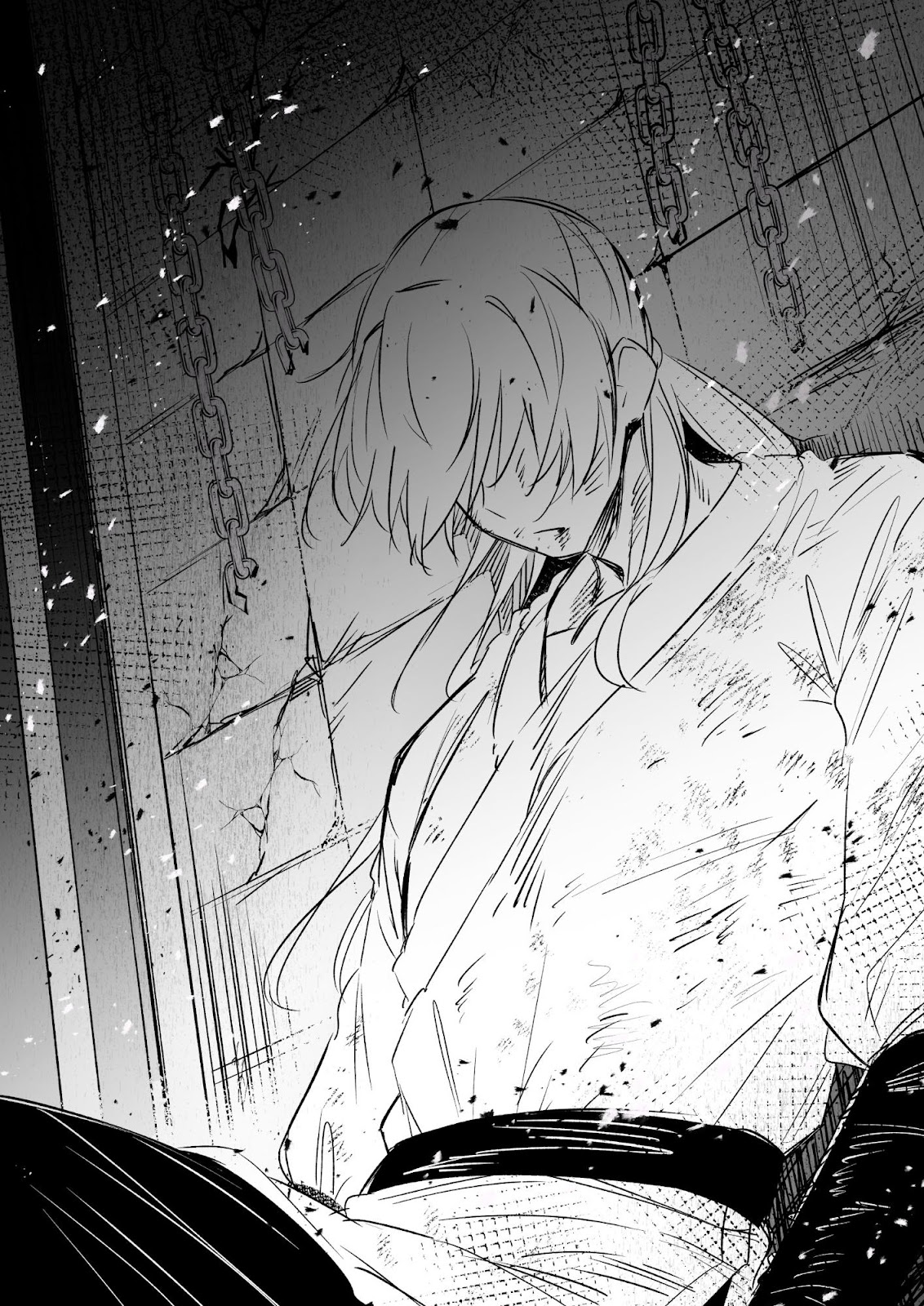 I never cared about any of that..

The woman inquired in a serious tone.

A lone woman stood in the torture chamber in the cellar of the Murim Alliance.

Although she has fair skin and a slender physique, the sight of her hair looked shabby due to her repeated poor attempts of trying to tie it.

Even then, that appearance made her seem noble..

She seemed like an existence that would keep shining amidst a crumbling world.

Who would have thought that this beautiful woman would be the one to slit the Heavenly Demon’s throat, who was akin to a walking calamity?

Nobody had thought that this girl, who was hailed as the most promising latecomer, would eventually end up becoming the strongest in the world.

A direct disciple of the Sword Emperor, who died at the hands of the Heavenly Demon. The woman who became the ‘Zenith Under the Heavens’ after the end of 『Orthodox-Demonic War』 .

Before, it might have been a convenient argument that the reason she was able to rise to such a position is due to the fact that there were no 『Three Heavenly Venerables』 in the martial realm anymore.

However, when they saw the way she caused natural disasters and vanquished hundreds of demons with a single slash of her sword.

And soon, the way she eradicated the Demonic Cult along with the Heavenly Demon after three days and nights’ worth of intense battle.

At that moment, her doubters intuitively knew that she gained the title of ‘Zenith’ through her own strength.

That same woman is now talking to me

My vision was blurred by the blood caused by excruciating torture. However, I still managed to catch sight of her attire.

It seemed like she wanted an answer from me, but that was impossible since my vocal cords had already been crushed.

Of course, Wi Seol-ah also knew why I couldn’t utter a word.

However, she must have been that frustrated.

“You of all people should know, right? Where the rest of the demons are hiding?”

Not only did I know the answer, but I also wanted to tell her.

“If you still have any semblance of a conscience left…”

Because I couldn’t speak, Wi Seol-ah wanted me to answer her by either writing or drawing.

My shackles loosened as if to prove that point.

Of course, it’s not at all dangerous for her to free the restraints of one measly sinner.

I would never be able to stand a chance against the one who was able to kill the Heavenly Demon, an existence that was once considered a God.

However, even though I was willing to help her, there was still nothing I could do.

The true shackles that bound me were not the same as the restraints that were loosened.

No matter what Wi Seol-ah does, the only thing I can do is silently stare at the floor.

Just how hard did Wi Seol-ah hit me to produce that kind of sound!?

“This is your last chance if you still want to live. If you tell me what I need to know, then even if the entire world tries to kill you, I will do everything to protect you.”

This is the woman who is hailed as the ‘Zenith’ after the war.

Knowing all of that, I could clearly feel her desperation when she started to plead earnestly to me, her enemy.

Was it because of her hatred for the demons who escaped? Or was it for revenge?

No, she was seeking something far more important

‘It must be because of the Meteor Sword.’

No matter who you asked, they would definitely know about the relationship between ‘Meteor Sword’ Jang Seon-yeon and Wi Seol-ah.

He was a promising swordsman and a hero, who led the Murim Alliance, and was engaged to Wi Seol-ah.

There are rumors that the demons had kidnapped Jang Seon-yeon.

So maybe it’s because of that.

Who would’ve thought that the woman who is stronger than anyone else is acting restless all because of one man.

“Hurry up and answer! Where are they hiding?”

I could feel her desperate glare bearing down on me.

We were never meant to have such an estranged relationship like this.

There’s no end to the list of reasons for why or where it went wrong. I never bothered to remember anyways, because it’s just my karma and the result of my own actions.

I detested my insignificant self.

Thus, I sold my soul to the Heavenly Demon and became a traitor who stabbed the backs of countless people.

On the other hand, she became a hero who saved everyone and captured their hearts.

Upon seeing me not react at all, Wi Seol-ah finally gave up and flung me away.

My body hit a sharp stone embedded in the wall, but I didn’t feel any pain.

My body was already completely broken.

“If I had known how awful you would turn out to be when we first met, I would have killed you the moment I saw you.”

My ear could clearly pick up the sound of her hushed whispers.

The moment I first saw her.

She was probably completely different from how she is right now.

Or maybe I too didn’t care enough to remember the past.

Either way, I doubt that those times mean anything to her anymore..

To me, those memories were one of my biggest regrets.

A memory buried deeply underneath many regrets. A memory that now had turned into dust underneath the weight.

But just why the hell did I choose to bury it that deep?

Just before Wi Seol-ah was about to shut the door of the torture chamber and leave, she stopped when she saw me start to move.

My majorly fractured bones creaked as I forced my head to turn towards her..

Wi Seol-ah’s bright eyes quivered with expectation when she saw me start moving.

Using my own blood as ink, I started to write onto the stone floor restlessly.

Every time I finished writing a line, blood began to drip down my lips.

It was obvious what kind of curse I was under.

If I force myself to reveal anything that would harm my master, my heart would automatically shatter, killing me in the aftermath.

It was only four words, but my entire life was bound to this oath.

I’ve already seen the impact on those who have betrayed that oath countless times..

I had hoped that the death of the Heavenly Demon would cure this curse, but in the end, nothing had changed.

Even though the curse had activated already, was it because of my will that my heart had lasted that long, or were the heavens giving me one last chance to redeem myself?

Even if that were the case, I would still meet my end here.

It looked like Wi Seol-ah, who started to approach me in a hurry, was trying to tell me something, but I couldn’t hear her voice properly..

So I decided to continue ignoring her.

She also probably wanted me to go through with this, seeing how she never tried to stop me.

If I were to tell anyone that I was never being forced to do this, would they believe me?

There are tons of excuses that I could use for my actions, but there’s nobody here that would believe them.

While ignoring the increasingly agonizing beating of my heart, I struggled to write down even a single letter.

With every beat of my heart, blood trickled down my lips.

Out of the corner of my eye, I could see Wi Seol-ah reach out to me as if she had realized that something was wrong with me.

Even then, there was nothing she could do to stop me..

I should hurry up and finish writing the last letter.

As if my heart was waiting for me to finish, it had finally shattered into pieces.

On the floor, I had written the details regarding the current hiding spot of the remaining demons.

When I was about to collapse onto the floor, Wi Seol-ah suddenly hugged my mangled body.

I guess she was afraid that the scribble on the floor would end up getting ruined if I collapsed on top of it.

I vaguely saw Wi Seol-ah’s shocked expression at the back of my fading consciousness. However, I couldn’t properly register that visage as my dying body soon turned cold.. Causing my vision to finally fade to black.

Why did I live my life in such a way?

Whatever the reason may be, it didn’t matter now. The reasons were never important anyways.

I lived as an Orthodox Faction martial artist for a while before eventually joining the Demons.

After the Demonic Cult was eradicated, I was captured and tortured for intel regarding the hiding spot of the surviving demons.

A life that no one ever cared about.

Even though I thought that life was already over…

This is the teaser of one of our future projects, which we will be releasing soon. It combines various popular mainstream elements such as Regression + Hunter + Murim, and is critically acclaimed. Honestly, it was quite the fun read.

Childhood Friend of the Zenith

The Villain Who Robbed the Heroines

not work with dark mode
Reset
We use cookies to ensure that we give you the best experience on our website. If you continue to use this site we will assume that you are happy with it.OkPrivacy policy